“Write an analysis of a piece of art or creative media that visually persuades, not just from you point of view, but taken in others critical perspectives.” 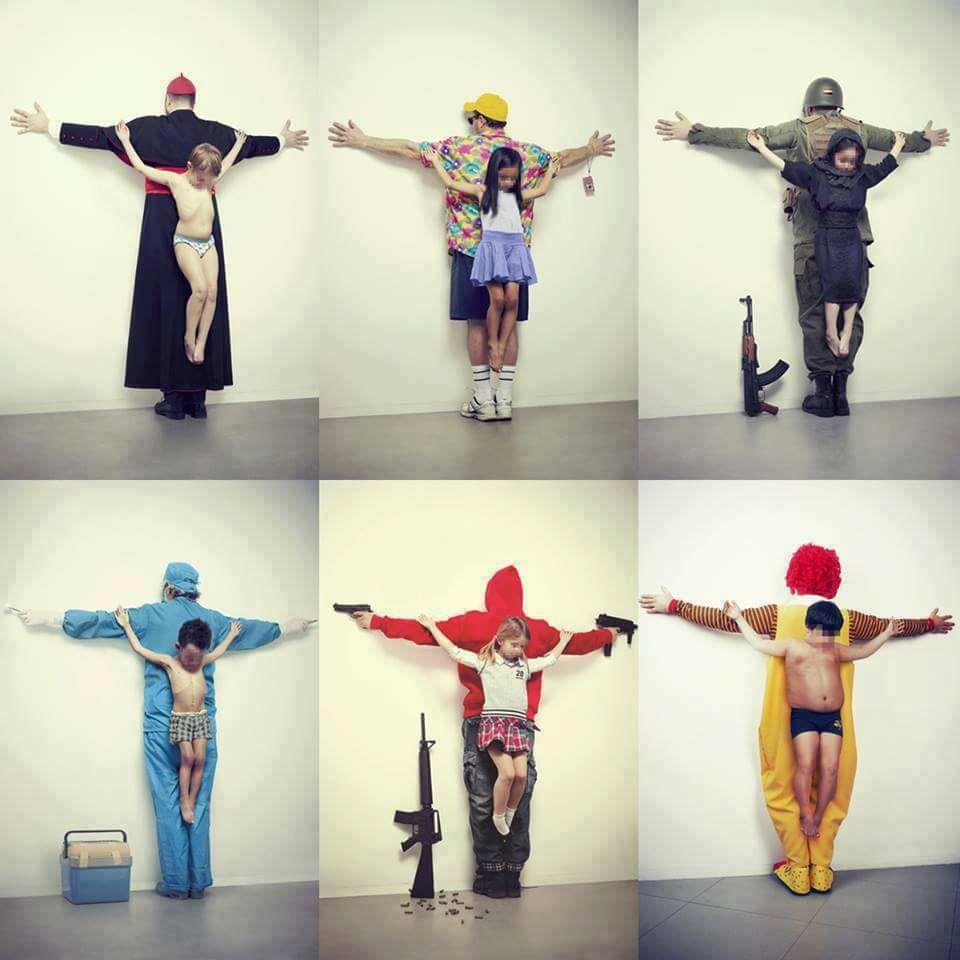 ‘The untouchables’ by Erik Ravelo.

There are six images that create “The untouchables”, each showing particular ways children are abused in different counties. The first image representing Pedophilia in the Vatican, the second portraying child sex abuse in tourism in Thailand. The third is showing war in Syria, whilst the fourth symbolises trafficking of children’s organs on the black market. The fifth Photograph is about the access to guns in American and finally, Child obesity is the final image.

I think that the set of photographs are showing the shocking areas in which no one wants to talk about or discuss, they know it is happening but no one is trying to stop it or make sure that it’s know about so it is stopped. They are topics everyone likes to avoid, but need to be spoken about, so people know what’s happening in other countries so they can help stop the abuse that many children are going through because of these acts. I personally like the piece as it speaks out to the viewer and makes them understand that there are child that are having to face these problems every day and they don’t have anyone to help them, or even get justice for what they have been through, or are still going through.

I can understand why people may get offended by these images, for one they are dark subjects which don’t like to be discussed but also the way they are presented, symbolises a cross. Religious people make take offence to this as they see it as jesus on the cross, they may find it disrespectful that the artist has used this as layout as jesus “died for them” and linked it to child abuse, they might see them or their religion being blamed for it happening.

People may also be against these images as some of the children are wearing little clothing, they might see this as making the children vulnerable and stripping them of their innocents. The children’s faces have been blurred out to keep anonymous, was this the artists idea for the child’s own protection or is it part of the meaning behind them. This could add to the context as the children in each situation are stripped of their identity and are treated like an object or in some of the case, like they don’t exist.